It’s All About People: How Focusing On Workers Improves Productivity In Jordanian Factories 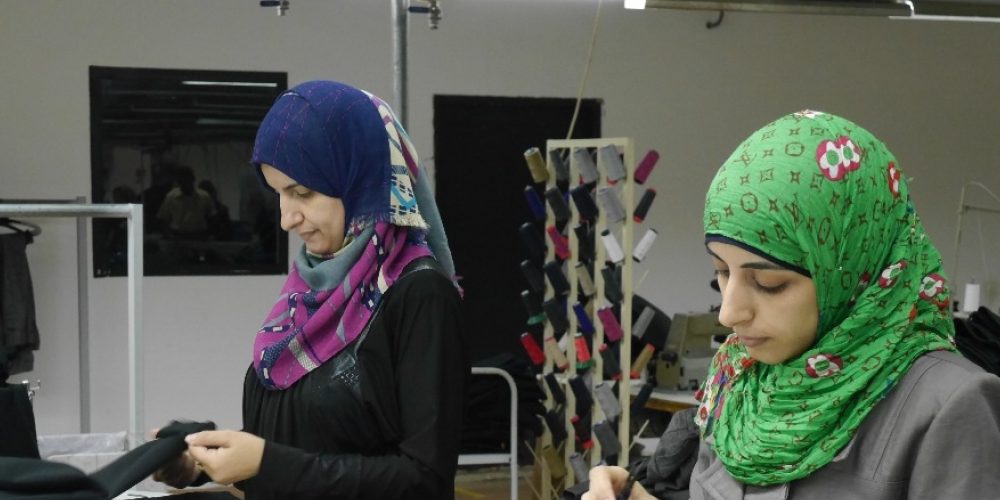 Hundreds of workers, mostly women, sit along production lines. They are rapidly and diligently sewing clothes that will soon be packed and shipped to stores across the world.

In garment factories, people are central to operations. Yet efforts to boost productivity tend to focus on the technical aspects of production processes. Attracting and retaining skilled and motivated workers is equally important.

This is particularly relevant for Jordan’s satellite garment factories, which manufacturers established to create jobs for Jordanians in small towns and rural areas where unemployment is high.

While the garment industry in Jordan has experienced substantial growth since the late 1990s and today accounts for approximately 25 percent of Jordan’s total exports, 75 percent of the industry’s 70,000 formal jobs are held by migrant workers from South Asia.

The Government of Jordan has prioritized increasing the number of Jordanians employed in the garment industry, especially women, since 2010; factories in rural areas were seen as a solution. By 2017, 12 satellite factories had created around 3,300 jobs, with women making up 90 percent of the workforce. But most of these factories were facing high absenteeism and high turnover rates and weren’t profitable.

Jordanian workers were often inexperienced and unaccustomed to a factory environment. Many of the managers were ill-equipped to provide them with the necessary training and support. Consequently, workers were not performing well and struggled to stay in their jobs.

This challenge prompted Better Work, a partnership between IFC and UN’s International Labor Organization (ILO), to launch a pilot project in 16 factories to help them improve their productivity by providing job-specific training to 1,300 factory workers and advisory sessions to managers. The project, which ran from May 2017 through October 2018, consisted of developing and delivering 12 training modules for sewing operators and supervisors. Content included the technical aspects of production as well as interpersonal and leadership skills, rights and responsibilities, the structure of supply chains and workers’ role within it, and financial literacy and personal health.

Here is what we learned.

First, fostering dialogue and developing skills are cornerstones to improving employees’ engagement and aptitudes. The results of our project showed that the combination of targeted technical and soft skills training, together with awareness-raising about the workplace and the industry, helped increase the motivation and performance of workers.

Workers who took the training expressed satisfaction in understanding the importance of their role, not just within the factory’s operations but within the entire supply chain and even within society as a whole. They reported a greater sense of individual responsibility and a greater appreciation for their work.

“I’m part of a process so I have to be committed to my role and what I’m doing,”one employee said.

Another employee noted: “I wasn’t satisfied with my field of work…but after the trainings, I started to like my work and I am willing to stay.”

Workers who received the training reported a better understanding of the importance of meeting production and quality targets and, thanks to the technical training, had greater confidence in their ability to do so. They also felt that it is legitimate to bring some problems to the attention of their supervisors or managers. “If I had not received training, I would have been too shy to talk with the management,” said one worker. “The trainings gave me more confidence.”

Second, nothing replaces the commitment and ability of managers to understand who their workers are and translate that into business policies and practices. Managers who are aware of the family situations, aspirations, strengths and needs of their employees, and who adapt their recruitment, training, incentive and promotion policies accordingly, are much more satisfied with the level of engagement and performance of their workforce.

Some managers recognize employees’ efforts and reward their performance with gifts or time off in addition to financial incentives, which goes a long way in boosting morale and production. Others celebrate employees’ birthdays and organize events to break the routine and create a “family feel” within the factory.

“People are not machines,” said one manager. “Workers are human beings, and results must come from them. The company must show this appreciation.”

While these trainings have not addressed all the roadblocks to improving productivity, the project contributed to improvements and benefitted—directly or indirectly—5,500 workers. It also shared knowledge and good practices with manufacturers, the government and other industry stakeholders. The current 21 satellite units employ around 4,700 workers. The Government of Jordan hopes to expand, from 21 satellite units to 52 operating satellite factories over the coming two years.

You can read more about this project in the publication “Advancing Jordan’s satellite garment factories”.