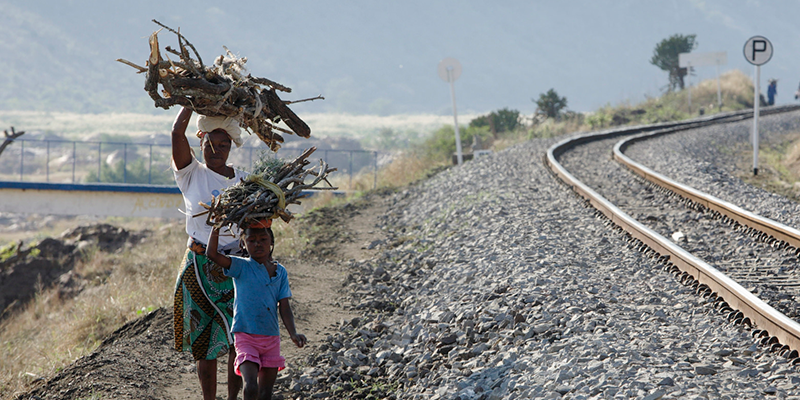 The path to inclusive growth in Mozambique lies in the generation of higher quality jobs, says a new World Bank report launched today in Maputo. According to the Mozambique Jobs Diagnostic, the existing development model, although it has achieved substantial poverty reduction since the 1990s, is limited in its capacity to support continued poverty reduction.

Over the last 20 years, the economic growth in Mozambique has reduced poverty, yet the bottom 40% of the population has been left behind. As the analysis finds, the economy has become progressively less inclusive because it is too focused on capital-intensive extractives and megaprojects and it doesn’t focus enough on supporting investments that can improve the jobs of the mass of low-income Mozambicans. The fastest growing sectors generate few jobs, while agriculture, which employs the most people, lacks enough dynamism.

“This Jobs Diagnostics charts new paths to create more productive work for the poorest and, particularly, for young people,” said Ian Walker, World Bank Lead Economist. Almost half a million people will enter Mozambique’s labor force each year over the next ten years– almost double the number of the previous decade. He added “As Mozambique enters the next phase of the demographic transition, education levels are steadily improving, but good jobs are not expanding fast enough to absorb the growing, better educated labor force. The challenge is to help the labor force increase their earnings through more productive jobs and linking them to sources of capital, technology and markets.”

Today, 71% of jobs are self-employment in agriculture. Aggregator schemes to support smallholders transitioning into more productive activities with higher earnings are a promising option for the transformation of jobs in agriculture. Such schemes can boost the productivity and earnings across a wide range of crops (cotton, sugar, maize, sesame, and horticulture) and small animal products (chickens and goats).

According to the study, the services sector is showing considerable dynamism in the creation of private sector wage jobs, which often offer good prospects for women. The report also identifies good potential for job creation in labor intensive agribusinesses, processing agricultural production (grain milling, oil seed pressing, dairy, and butchering) for the growing urban population, and in construction materials. But realizing this potential requires policies to increase the competitiveness of local firms.

This report is part of the Let’s Work Program, a global partnership that unites organizations dedicated to providing effective solutions to harnessing the potential of the private sector in job creation. The study brings together data from the 2012 Continuous Household Survey (Inquérito Contínuo aos Agregados Familiares (INCAF)) and new data from the 2014 National Household Income and Expenditure Survey (Inquérito aos Orcamentos Familiares (IOF)), as well as the 2015 Mozambican Enterprise Census (CEMPRE), and earlier analytical work. The next phase of Let’s Work Mozambique Country Pilot will build on this diagnostic and it will work with the Government and Let’s Work partners to develop an action plan that highlights a limited and viable set of proposals to trigger qualitative shifts in jobs outcomes for poor households.

Here’s what could help lift rural Hondurans out of poverty
August 19, 2020