Who Is Taking The Jobs Of The Future In Jordan? 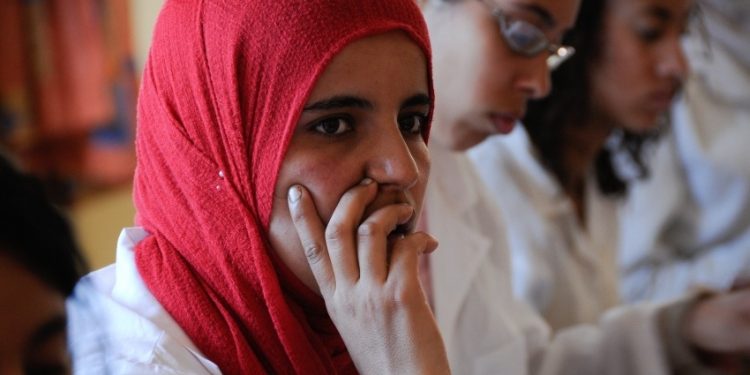 The short answer is: women.

They are increasingly employed in jobs that are difficult to replace with new technologies, according to our new report on the Jordanian labor market.

These are the non-routine jobs with better prospects as countries move up the technology ladder. They include occupations that require a lot of thinking and significant human interaction. These jobs include health and science professionals, teachers and those offering personal services, to mention a few examples.

In contrast, men are largely situated in the jobs of the past. In other words, jobs heavy on routine activities that are easily replicated by sophisticated machines — some rote, some heavy on skills. This would include everything from assembly line workers to accountants and editors.

These findings are consistent with a steady and quiet revolution in human capital accumulation led by Jordanian women.

Even before teenagers reach college age, there is a “reversed” gender gap in Jordan. According to the Programme for International Student Assessment (PISA), 15-year-old girls outperform boys in math, reading and science.

But does it matter?

This news may come as a surprise to many, given that gender gaps in the Jordanian labor market are pervasive. Female labor force participation in Jordan is one of the lowest in the world, and the country has one of the largest number of gender-specific laws.

So, what happens between college graduation and the time to enter the labor market?

A variety of factors force women out of the labor market, and still others guide them toward professions heavy on the skills of the future.

The fastest changes in Jordanian women’s activities take place between the ages of 21 and 24 years of age. Around this stage of the life cycle, almost half of them finish school but only a third starts looking for a job. Of those who ultimately search for a job, less than half are successful.

Marriage rates also increase substantially during this period. And labor market exit among Jordanian women is strongly linked to marriage. Women get married at a young age, even when compared to other developing countries such as Turkey, Bulgaria, Mexico, and Chile.

A skills mismatch may also help explain the puzzle.

For those women who complete degrees, they disproportionately pursue fields that are more aligned to jobs in the public sector, such as education, and are less likely to have degrees in business, administration and engineering, which are in high-demand in the private sector.

The government absorbs a disproportionate share of female employment in Jordan, which may add incentives for young women to specialize in public sector-oriented fields.

In summary, gendered social norms, a static private sector, and the role of the government as the main employer of women may help explain why such a small fraction of women make it into a private sector job.

The labor market is an ensemble cast. As the future of work evolves, policies that would allow women in Jordan to take on principle roles may be more important than ever before.