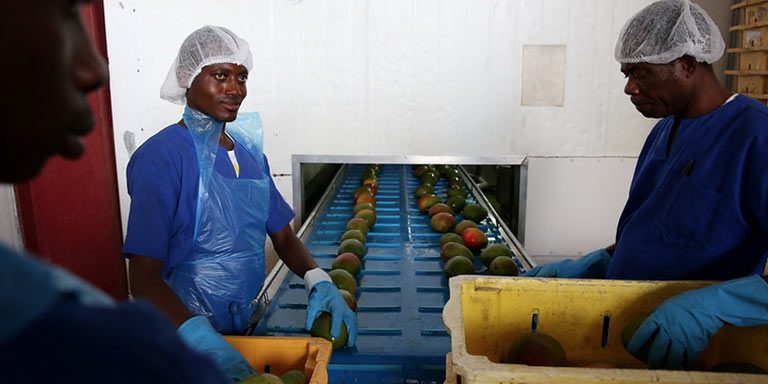 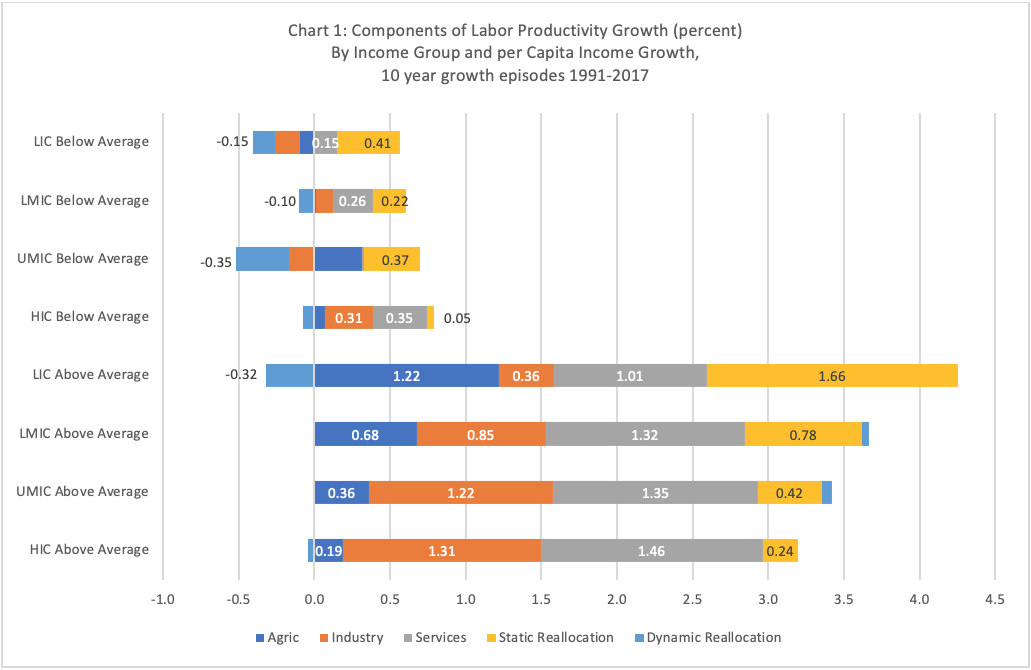 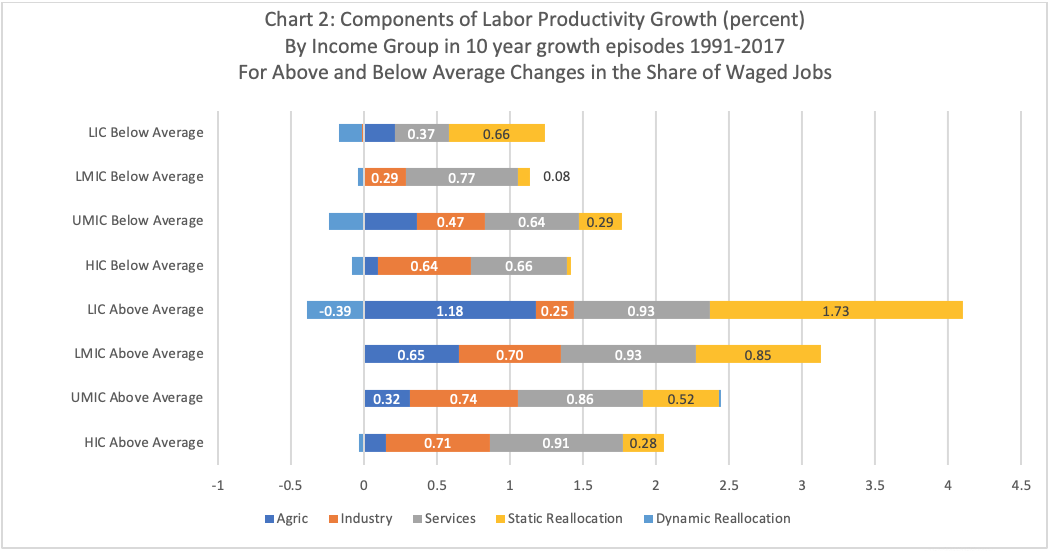 Chart 2 uses the same data from 10-year growth episodes to show the decomposition of labor productivity growth when the share of waged employment increases by more and less than the average. The pattern is quite similar, but compared to chart 1, the contribution of static reallocation to average labor productivity is higher when the waged share increases faster. This is particularly true in LICs and LMICs. That productivity growth is higher when more waged jobs are being created is consistent with some of the oldest observations in economics. Division of labor and economies of scale are made possible when workers come together to work in firms that augment their labor with capital. In blogs #5 and #6, we will look in greater detail at how employment type changes by per capita income, and how increases in waged employment help reduce poverty. We discuss both human and physical capital accumulation later in the series.