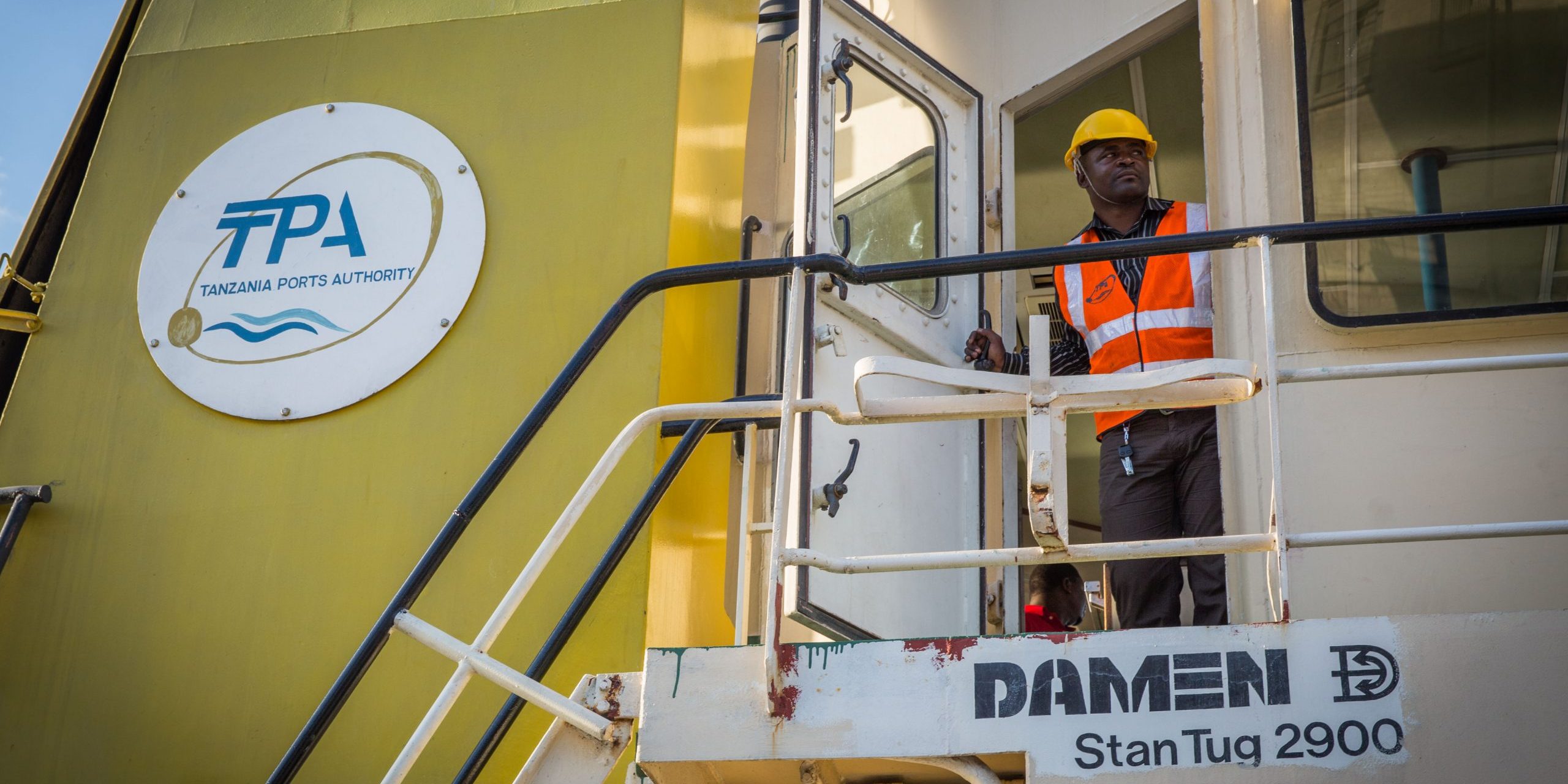 Some economists have called into question the primacy of manufacturing. For example, Gollin (2018) questions whether there is anything special about manufacturing and asks whether economists’ emphasis on manufacturing as a path to development reflects our lack of imagination in relation to other possible paths. And several researchers (including Page (2020)) have pondered services as an alternative pathway to development. Yet, there is no question that fostering industrialization is high on the list of priorities for policymakers in Africa.

The reasons for the emphasis on industrialization in Africa are clear. Historically, industrialization has been associated with job creation, poverty reduction and rapid growth in poor countries. There is no better example of this than China where formal sector manufacturing employed around 50 million workers in 2014[1]. A country like Ethiopia could employ its’ entire labor force with 50 million jobs. But perhaps more importantly, the people of Sub-Saharan Africa are rich in natural resources. African people are tired of sending raw materials to rich countries to be processed; they want to process these resources on their own turf to the benefit of their own people.

So, how much progress has been made toward industrialization in Sub-Saharan Africa? Prior to the pandemic, countries in Sub-Saharan Africa had already achieved some success. Ethiopia has established an export-oriented garment and footwear sector, with help from foreign investors. Tanzania has built a more resource-intensive manufacturing sector focused on serving domestic and regional markets.  And Aliko Dangote, Africa’s wealthiest individual and a Nigerian businessman, is investing in oil refining, food processing and cement manufacturing across the continent.

Recent research suggests that the premature de-industrialization to which the continent had been subject may have been halted or even reversed after the early 2000s (Kruse et al., 2021). Though, as it turns out, even the authors of this somewhat upbeat picture of industrialization in Africa point out that the “re-industrialization” they document is the result of employment growth in small unregistered manufacturing firms. In our work which we describe below, we dig more deeply into the performance of the manufacturing sectors of Ethiopia and Tanzania using firm level data.

In “Africa’s Manufacturing Puzzle: Evidence from Tanzanian and Ethiopian Firms”, we use the Groningen Growth and Development Center’s (GGDC)  Economic Transformation Database (ETD) to confirm a negative correlation between growth-promoting economy-wide structural change and labor productivity growth within non-agricultural sectors in 18 African countries. This pattern also holds for the manufacturing sector where labor productivity has been falling and labor productivity growth has been either close to zero or negative. This result is consistent with the evidence presented in Timmer et al (2018) and is surprising in so much as we are used to thinking of manufacturing as the canonical modern sector.

The contrast between the Asian and African countries is stark. The share of formal sector manufacturing waged employment took off during the growth accelerations in Taiwan and Vietnam. In Tanzania and Ethiopia, it is the share of employment in small and informal firms that has expanded during the period of growth acceleration.[2] To understand whether this pattern is responsible for declining labor productivity in Tanzanian and Ethiopian manufacturing we turn to firm level data.

Our analysis rests on two newly created panels of manufacturing firms, one for Tanzania covering 2008-2016 and one for Ethiopia covering 1996-2017. In both cases, the panel covers firms with 10 employees or more. But in the case of Ethiopia, we are able to supplement our analysis with nationally representative surveys of small-scale manufacturing firms employing fewer than 10 workers, which are available for 2002, 2006, 2008, 2011, and 2014. With these data, we are able to take a closer look at employment and productivity patterns within manufacturing firms and sub-sectors.

Our findings shed light on the nature and sources of manufacturing performance. In both countries, there is a sharp dichotomy between larger firms that exhibit superior productivity performance but do not expand employment much, and small firms that absorb employment but do not experience any productivity growth. The problem lies not in the productivity performance of the larger firms, which is more than adequate, but in their inability to generate employment opportunities. The labor absorbing firms, by contrast, are the smaller ones which appear to be on significantly worse productive trajectories.

Standard explanations for the lack of employment growth in the most productive manufacturing firms appear to be inadequate. First, the size distribution of firms in both countries combined with the fact that smaller firms are considerably less productive than large firms casts doubt on the idea that financing and other constraints prevent small firms from growing into large firms that would employ more workers (Hsieh and Olken, 2014). Second, high labor costs in Africa are sometimes cited as a constraint on industrialization in Africa (Gelb et al., 2020). But we find that the payroll share in total value added in both Tanzania and Ethiopia is exceedingly low overall (11-12%) and also in garments and textiles (20-24%).[3] And third, explanations based on the poor business environment in Africa are at odds with the dynamism in both countries manufacturing sectors captured in our analysis of entry and exit. In fact, entry and exit patterns in Tanzania and Ethiopia are not too dissimilar from those in Vietnam.

Instead, we suggest the problem might lie with the nature of technologies available to African firms. We show that the relatively large firms in the manufacturing sectors of Tanzania and Ethiopia are significantly more capital-intensive than what would be expected on the basis of the countries’ income levels or relative factor endowments. This is especially true of the larger, most productive firms, where capital intensity approaches (or exceeds) levels observed in the Czech Republic, a country that is around twenty times richer. High levels of capital intensity (and possibly of skill intensity as well, though we do not measure that) are an important reason behind the poor employment performance of productive firms.

Why do firms in Tanzania and Ethiopia use production techniques that may not be particularly appropriate to the local economy? It is possible that they do not have much choice. Two things have happened in recent decades that push firms in that direction. First, manufacturing has experienced significant technological change in advanced economies. Naturally, innovation has taken a direction that responds to relative factor prices in the settings where it has taken place. So, it has been markedly labor-saving. Secondly, globalization and the spread of global value chains has had a homogenizing effect on technology adoption around the world. This means that the range of substitution between capital and low-skill labor has likely shrunk. The imperative of competing with production in much richer countries at similar quality levels makes it difficult to undertake large shifts in technique.

Unlike earlier waves of developing nations, Tanzania and Ethiopia joined the world economy at a point where these two trends were already well established. Meanwhile they are still poor and have very low relative capital endowments. This creates a conundrum: competing with established producers on world markets is only possible by adopting technologies that make it virtually impossible for significant amounts of employment to be generated.

This is not to say that manufacturing cannot play an important role in in the development of these countries. After all, productivity growth in the large manufacturing firms in Tanzania and Ethiopia has been impressive and could create jobs indirectly. For example, while the manufacturing of food products is capital intensive, smallholder farming is labor intensive. Worker training programs associated with industrialization strategies like Ethiopia’s Technical and Vocational Education and Training School (TVET) could also enhance the capabilities of smaller firms. And the managerial and logistical capabilities of large manufacturing firms could be transferred to other activities through worker turnover or informal networks (Abebe et al, 2018). But tempering expectations is important.

This blog was first published on VoxEU.org and has been reproduced with the permission of the authors.