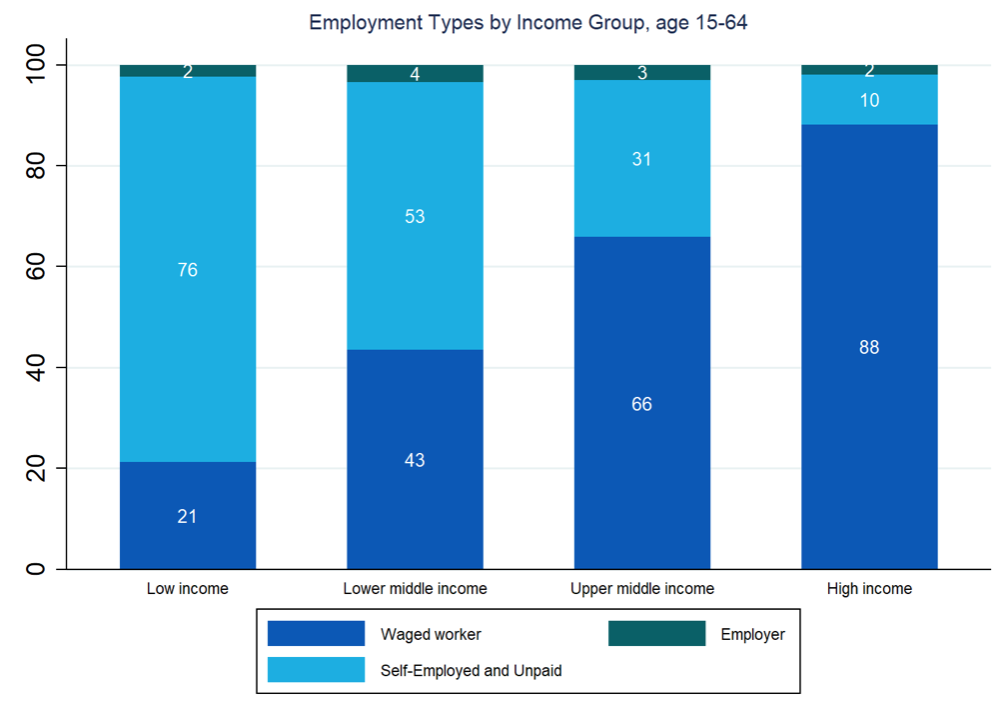 In general, an increase in waged employment is associated with a decline in the share of agricultural employment, which consists largely of self-employment and unpaid (family) work.

There is a (smaller) decrease in the share of non-wage employment outside agriculture, as waged employment shares rise with higher GDP PC (chart 2). In LICs, agriculture typically dominates employment, but the share of agriculture in total employment is much lower in both middle-income and high-income countries. Jobs strategies for agrarian LICs should therefore consider how to nurture off-farm waged work (e.g. Merotto, Weber & Aterido, 2018; Weber & Langbein 2018). 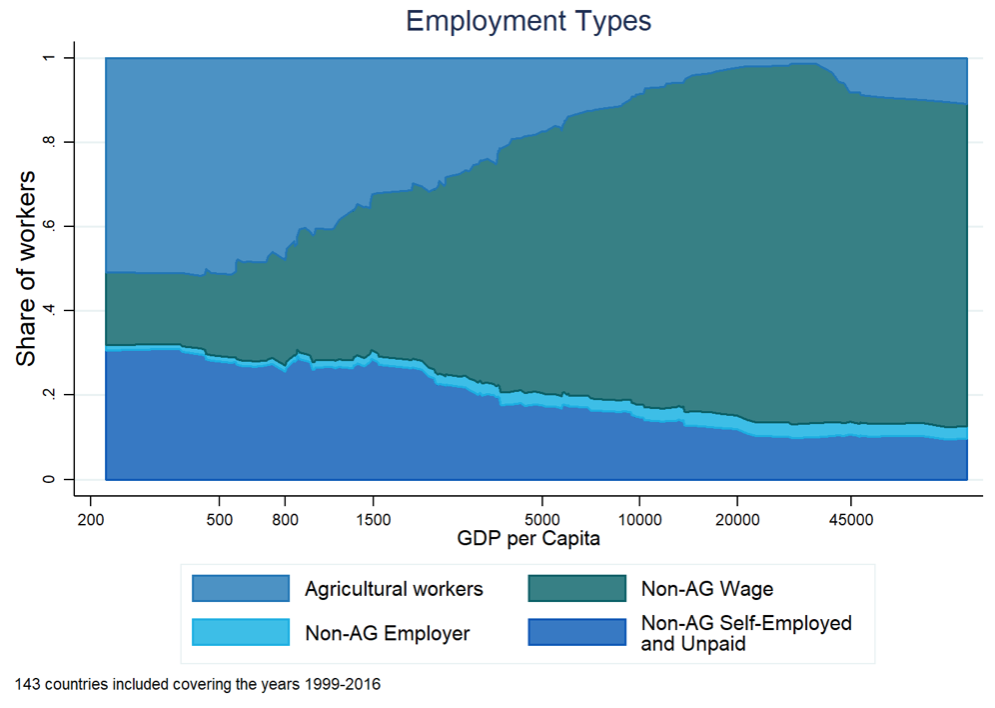 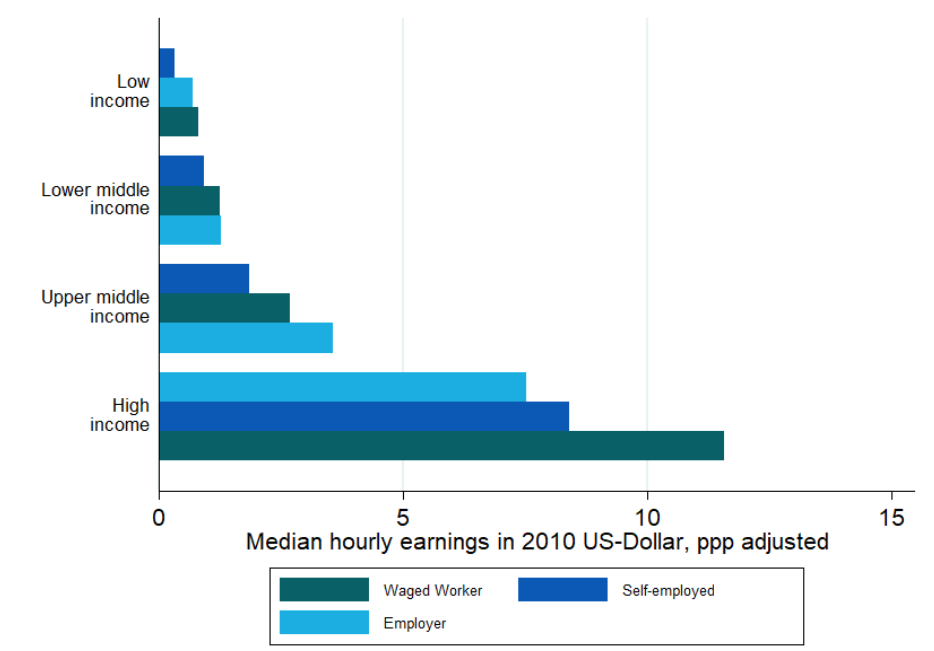 Sample size for the category “employers” is small. The Jobs Group is investigating why wage earnings for HICs exceed those of employers.

Note: Median hourly labor income in 2010 US-Dollar, international dollars. The variable is adjusted to the purchasing power parity following the respective indicator from the World Development Indicators database. The figure uses the latest household survey data for workers aged 15-64. It covers 140 countries over the period 1999-2016.

Source: Own calculations based on survey data from the World Bank I2D2 repository.

Having noted that waged jobs become more important as economies grow and transform, and that they tend to be “better” jobs, our next blog will show that waged employment is associated with faster poverty reduction and economic growth.