#3 What are the Patterns of Structural Change Across Income Levels? And What Growth Processes Generate Them?

Blog #2 in our series showed how the share of employment in services rises as countries get richer, and the share in agriculture falls. In this blog, we combine the pattern of GDP with that of employment.

Three simple charts show vividly how both the structure of GDP and employment changes as countries get richer. Agriculture’s share of GDP falls as countries get richer, whilst that of services rises. But the share of manufacturing in both GDP and employment first rises for middle income countries, then falls on average. What growth processes might lie behind these observed patterns?

For each sector, the average shares of both GDP and employment, for countries at different points in the distribution, we show the GDP and employment shares by sector for all countries in all years. This is a pooled cross-section of annual country time-series data from 1991-2017, meaning that if there is more than one data point, a country can change percentiles over time. The gap between the two lines is the difference in shares of real GDP and employment by sector, so it shows differences in average levels of sector labor productivity across levels of per capita income. 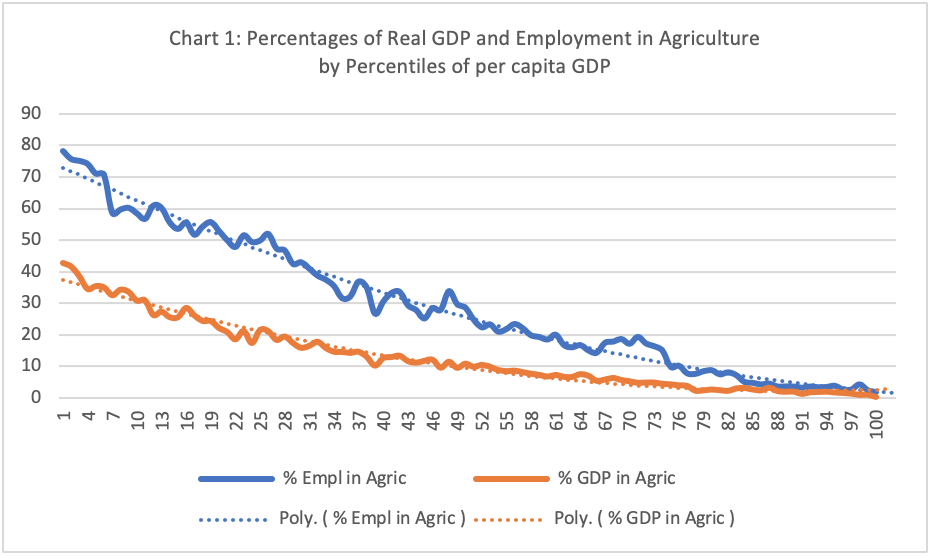 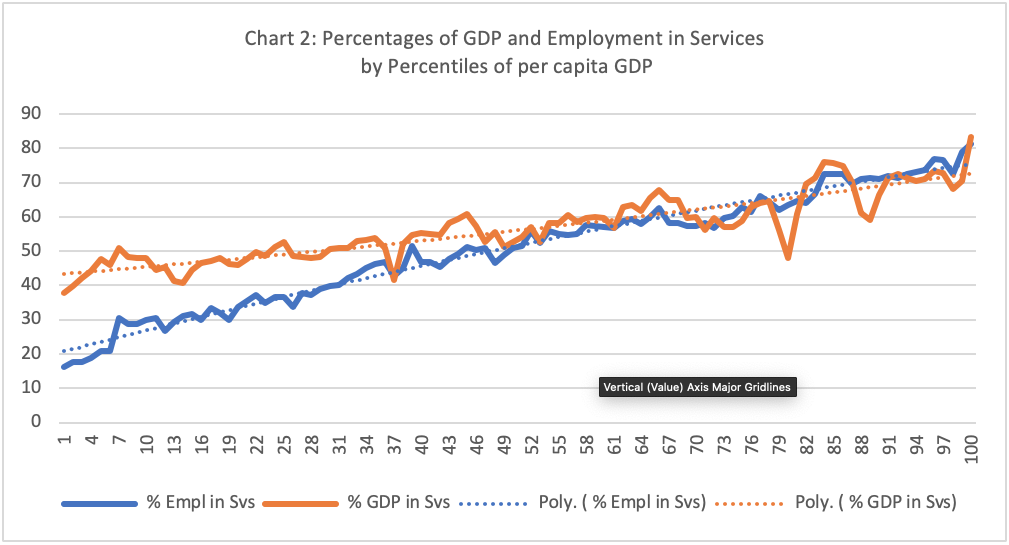 Conversely, for countries in the bottom quintile, the average GDP share of services exceeds the employment share by 12.1 percentage points (chart 2).

Chart 3 speaks to well-known paradigms for economic development, such as Rostow’s `Stages of Growth’, Galor and Weil’s Population, Technology, and Growth and Rodrik’s ‘Premature de-industrialization’. It shows two related things: 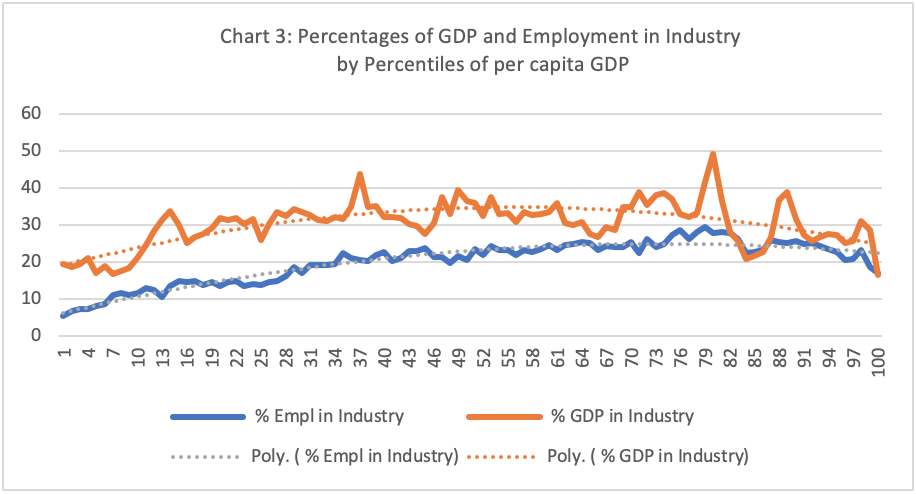 Of course, the share of industry and extractives in GDP is strongly influenced by whether the country is resource rich. But, as we showed in blog #2, unlike agriculture and services, industrial employment rarely exceeds 30 percent of total employment.

Though the gap between output and employment in industry declines in richer countries, it is still 5 percentage points in the high-income countries (HICs). In the lowest quintile, the share of employment in industry is just 11 percent on average, whereas industry’s share of real GDP value added is 23 percent (a gap of 12 percentage points). Between the 20th and 40th percentiles, employment averages 18 percent and the industry share averages 33 percent (a gap of 15). In the middle percentile, employment averages 26 percent and industry 34 percent of GDP (a gap of 9).

In future blogs, we will combine data analysis with economic theory around these forces to identify priorities for jobs strategies for different countries at different stages of structural change.

1 The data don’t allow us to adjust for extractive industries, though a future blog will separate jobs and structural change in resource rich and resource poor countries.
February 6, 2020