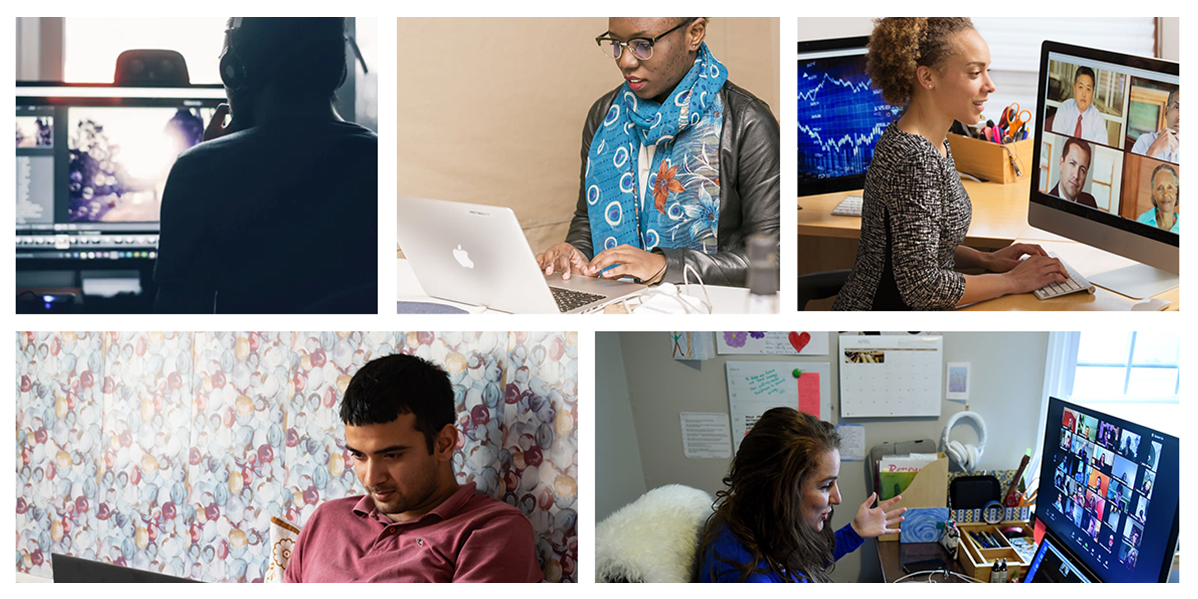 I argue in this blog that public works can be modernized using digital technology to leverage access for low-income households and communities. This complements previous blogs in this series about how public works can generate incomes and work experience for informal sector workers hit by the crisis; and by adapting public works to address the health challenges arising from the crisis.

“Digital” public works could help, especially with poorer urban communities where the basic infrastructure is already in place. They can potentially give home-based work opportunities to the unemployed during the recovery period that would meet physical distancing requirements. They would be especially attractive to women, who might face gender-based constraints to working outside the home.

Digital public works could cover a wide range of activities and workers. The options will depend on the skills of potential participants and a country’s ICT infrastructure. “Pure” digital public works would produce outputs entirely in the digital domain. That could include: the digitization of physical assets and printed documents for public records; digital public services, such as promoting public policies in online health fora, tracking contacts with COVID patients, or classifying digital (health) records. Such jobs would require computer equipment and some knowledge of digital technologies.

Digitalization could also improve the cost-effectiveness of public works. Even though they would need to support increased access to computers, for locations with ICT infrastructure in place, digital public works are likely more cost-effective than traditional public works. Click To Tweet They would also help to close the digital divide, which could open new job opportunities in private markets in the communities where they operate.

Governments could start now designing digital public works that are “click ready” for implementation in the recovery period. Many countries have “banks” of “shovel ready” public works projects submitted by municipalities. They normally focus on infrastructures such as piped water, electricity and gas, sewage, roads, schools, hospitals, and other social facilities. Governments could request municipalities to propose digital public works projects that are “click ready” to implement in the recovery period or during a follow-up wave of the crisis.

Finally, digital technologies could facilitate home-based manufacturing work. Click To Tweet Public works could also apply a modern derivative of a putting-out system, for example, for the distributed production or assembly of protective clothing or face masks, using remote supervision. This would require less advanced ICT skills but more specific technical skills depending on the production. The availability of digital technologies such as 3D scanners or printers could further expand the range of applications but would also increase costs and training needs.

This is the eight blog on ways to protect workers and jobs in the COVID-19 (Coronavirus) crisis, based on a World Bank Jobs Group Note: “Managing the Employment Impacts of the COVID-19 Crisis, Policy Options for the Short Term.” Stay tuned for more blogs in the series.