#6 Unemployment Insurance in the Time of Crisis – and Beyond 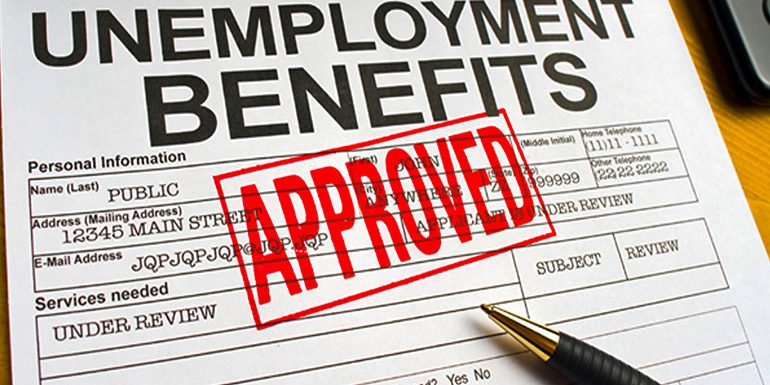 COVID-19 (Coronavirus) has caused record levels of unemployment benefits claims. In the US, new claims reached an historic high of 6.9 million in the week ending March 28. The following week another 6.6 million filed claims, the peak of the 2008/2009 financial crisis.

Unfortunately, the crisis is far from over and it’s clear that labor markets worldwide will take an unprecedented hit. Many firms will only be able to keep going for a short period. In China, two-thirds of 20,000 firms surveyed, largely SMEs, reported that their cash flow will run out within three months. Faced with dwindling cash reserves, firms will continue firing workers or reducing working hours.

Unemployment insurance (UI) can help to mitigate the income loss of fired workers. The benefits help them pay their rent, loans, food, and other crucial expenditures. They also act as a macroeconomic stabilizer, automatically smoothing consumption patterns and dampening the negative economic multiplier effects from layoffs.

But most workers in developing countries will not get unemployment benefits. Most don’t have waged jobs to start with. Many of the wage jobs that exist are informal. Even for formal sector waged workers, few Low-Income Countries (LICs) have unemployment insurance systems.

Instead, workers are supposed to get severance pay from their employer. But severance pay regulations are often inadequate as they do not provide the level of protection workers need. In an economic shock like the COVID-19 crisis, many companies will go bankrupt and default on their severance pay obligations.

In a big crisis that hits many insured workers simultaneously, the rules of UI systems need adjusting. The parameters can be modified to cover more workers or to complement emergency programs for job retention. Eligibility criteria can be temporarily lowered by shortened vesting periods, and UI contributions can be waived or subsidized. Online registration procedures can be used and waiting times to get benefits can be cut. Self-employed workers can also potentially be covered using a special facility of the UI system.

Conditionalities that lead to benefit suspension or reduction should be relaxed. Unemployment Insurance systems often require jobseekers to participate in training and job search activities. The idea is to avoid “moral hazard” problems (where a worker claims UI even though they could be working). But such rules run counter to ‘social distancing’. In some contexts, online training may be an option; alternatively, training requirements should be temporarily lifted. Similarly, the requirement to prove job search should be relaxed.

The “replacement rate” of Unemployment Insurance systems (the share of income loss covered) can also be increased in a crisis.  Benefit levels can be raised by using lump-sum payments, introducing a minimum amount, or by raising caps. Such adaptations can be particularly beneficial to low-income workers. Benefit duration periods can also be extended so the unemployed maintain their income throughout the crisis.

Additional funding is crucial to make such adjustments to the normal unemployment insurance rules feasible. Well-designed unemployment benefit schemes incorporate automatic measures that extend protection depending on economic indicators. They also provide for a government subsidy for scaling up, to guarantee the scheme’s operation and to cover subsequent deficits.

This fiscal cost is warranted to avoid big negative impacts on livelihoods. Alternative arrangements – such as tapping into mandated retirement savings – are inadvisable as they shift the burden of the systemic crisis onto individuals. So, they are a last resort and should only be considered if there is no fiscal space and to prevent irreversible hardships in the short-term.

Developing countries without unemployment insurance systems should consider establishing them. The few UI schemes that exist in low and middle-income countries suffer from very low coverage. This issue is particularly pronounced in developing countries with dual labor markets. Well-designed UI systems can replace the dependence on unreliable severance pay and can help speed the growth of formal jobs. UI systems can also be deliberately designed to support poorer and more vulnerable workers, by incorporating minimum income support and coupling them with progressive taxation. Unemployment savings accounts can help avoid moral hazard. Such adaptations to the developing country context could help lower- and middle-income countries better protect their workers in future crises.

This is the sixth blog on ways to protect workers and jobs in the COVID-19 (Coronavirus) crisis, based on a World Bank Jobs Group Note: “Managing the Employment Impacts of the COVID-19 Crisis, Policy Options for the Short Term.” Stay tuned for more blogs in the series.