#10 How are the incomes of women and men affected by COVID-19 (Coronavirus)? 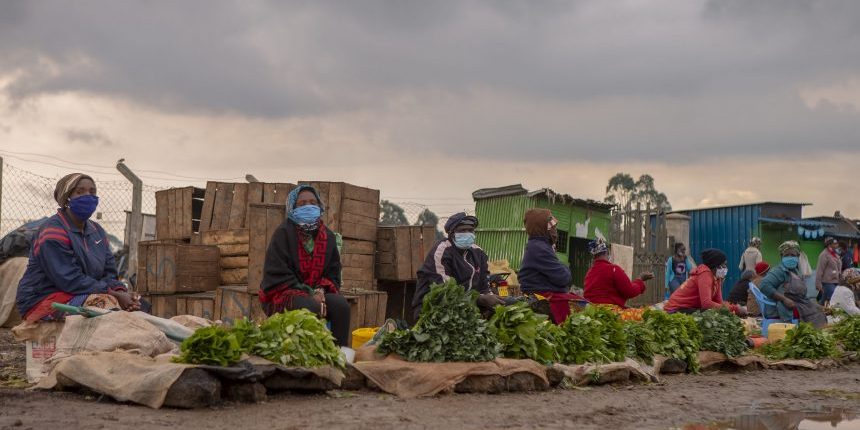 Over the past months, the new coronavirus, or COVID-19, has upended the world of work as we know it. Jobs are disappearing at a breathtaking speed. According to a recent ILO report, 81 percent of employers and 66 percent of own-account workers were living in countries with mandatory or recommended workplace closures as of April 22. In the United States alone, more than 30 million people have filed unemployment claims since mid-March. In South Africa, the Treasury Department’s most recent projections suggest that between 3 and 7 million jobs could be lost due to the coronavirus.

But while the unfolding economic crisis affects almost everyone in one way or another, the evidence is mounting that women are disproportionately impacted with regards to livelihoods and work. Many of the jobs that have been hit hard by the current crisis are overwhelmingly carried out by women; Click To Tweet think about receptionists, housekeepers, daycare workers, flight attendants, etc. Data from Canada and the United States show that women were outnumbering men in terms of COVID-19 related job losses during the early stage of the pandemic. We don’t have numbers yet from developing countries but would expect similar patterns. When many Bangladeshi factory workers were furloughed in March/April, most of them were women from rural areas. And evidence from the 2014 Ebola outbreak in West Africa suggests that women businesses who were selling foodstuffs were more vulnerable to the economic disruptions caused by an unfolding epidemic and lockdown measures than businesses owned by men, who were disproportionately selling non-perishable products.

The nature of occupational segregation by sex has come to the fore with COVID-19. Click To Tweet Women in developing countries are disproportionately engaged in informal work and other forms of vulnerable employment (e.g. small subsistence businesses, domestic work, etc.), which often leaves them out of labor protection measures and social security systems. Among the most prevalent actions adopted by governments worldwide to help workers during COVID-19 are (total or partial) temporary waivers of social insurance contributions and wage subsidies. But with few exceptions – for example, wage subsidies to select factories in Bangladesh – both are more likely to reach male workers as these efforts often do not cover informal or vulnerable workers. Some countries are strengthening their active labor market programs to cover more of such workers. Indonesia, for example, is doubling its budget for subsidized vouchers for skilling/re-skilling and making this program accessible to an estimated 5.6 million informal workers and small and micro enterprises who have been affected by COVID-19.

Beyond traditional labor market programs, other programs that are reaching the informal sector and are more likely to protect female workers are cash transfers and public works. Click To Tweet Safety nets are critical to helping the poor and recognized as a powerful tool during COVID-19. The World Bank has tracked an 8-fold increase in social protection measures between March 20 and May 1, 2020, with social assistance transfers being the most widely used class of intervention. It is possible to cover informal workers: El Salvador has pledged transfers to 1.5 million households who work in the informal sector (such as house cleaners and street vendors) who –in normal times– lack a safety net. Still, some groups risk being missed. For example, in Lebanon, thousands of migrant domestic workers, mostly women from Ethiopia, were stranded amidst one of the world’s most stringent COVID-19 lockdowns, without any source of income or access to safety nets. And public works could go digital to adapt to lockdowns, but such efforts need to be aware of the digital gender divide that makes it harder to reach women. And for women who run enterprises (and the vast majority in developing countries are micro or household enterprises), financing to restart will be particularly critical since these women lack access to finance in the best of times compared to their male peers and are more likely to be locked out of formal instruments such as taxation policies or wage subsidies.

Finally, efforts to protect female and male workers equally interact with overarching gender norms. As workers (be they employees or small/micro owners) are on lockdown, families face childcare and schooling obligations as schools and daycare centers have closed. Women and girls are expected to take on a larger share of additional care responsibilities. How quickly women’s work might recover will depend in part on the uneven division of work inside the home and the support they get from governments and employers to build back better.

This is the tenth blog on ways to protect workers and jobs in the COVID-19 (Coronavirus) crisis, based on a World Bank Jobs Group Note: “Managing the Employment Impacts of the COVID-19 Crisis, Policy Options for the Short Term.” Stay tuned for more blogs in the series.