#12 Who can really work from home? 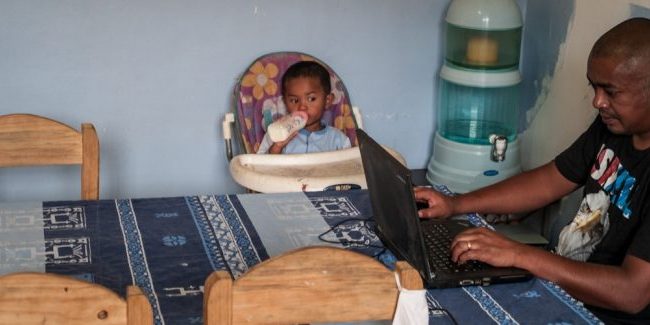 Governments of developing countries should consider WFH as a crucial part of the new digital economy when they invest in broadband infrastructure. Photo credit: World Bank

The coronavirus (COVID-19) crisis and implementation of social distancing policies around the world has raised the question of how many jobs can be done at home. But answering it has proved an elusive quest, since researchers and policymakers cannot see in real-time who is able to work from home during the pandemic.

[bctt tweet=”Most of the existing research on working from home relies on U.S.-based measures of the types of tasks required by different occupations.” via=”no”] However, the same occupations in other countries may vary in their task-intensity due to differences in how production is organized or in the level of technology adoption. For example, lawyers or business owners in developing countries may rely more on face-to-face interactions in person — rather than online — than their peers in rich nations.

In our new paper, we attempt to get around these issues by constructing a new global work-from-home (WFH) measure.

We created our global WFH measure using skill surveys from dozens of countries. The measure takes into account four components:

By combining the four components, we came up with our WFH measure. Figure 1 (below) shows this measure for 35 countries that participated in a skill survey by the Organisation for Economic Cooperation and Development (OECD). [bctt tweet=”Among these countries, the Netherlands’ economy is most suited for WFH, while Mexico’s is the least.” via=”no”] The United States is less amenable to WFH than most European countries, because its jobs are more intensive in physical tasks that must be carried out at a specific location. In general, we find a strong association between the amenability of jobs to WFH, GDP per capita, and internet penetration. (For a more detailed analysis of the 53 total countries we looked at, read the paper.) 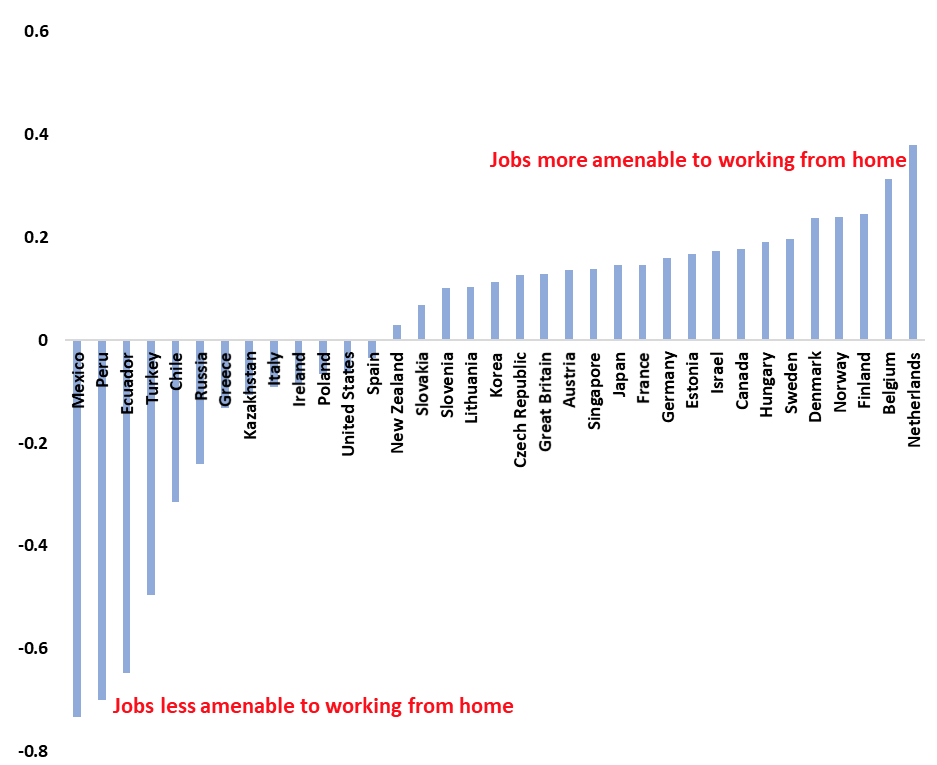 Figure 1: The size of the bar is proportional to the amenability of jobs to WFH. Positive values mean that jobs’ amenability to WFH is higher than in the average job of this group of countries.

Studying the components individually and in relation to each other also yields interesting results. One finding is that the manual intensity of jobs declines with GDP per capita, while F2F interaction increases. F2F intensive occupations, such as lawyers or CEOs, also tend to use more ICT, indicating that several of the tasks embedded in such occupations are more prone to be performed remotely.

[bctt tweet=”Our findings reveal that richer countries and more educated workers have jobs more amenable to WFH. As a result, social distancing measures may widen existing economic gaps between and within countries.” via=”no”]

Our results also highlight the importance of policy efforts to reach informal workers, as they are less likely to be able to work from home and to be covered by programs implemented through the social security or tax administration infrastructures. To a large extent, divides in WFH amenability between and within countries are driven by unequal access to ICT. [bctt tweet=”Governments of developing countries should consider WFH as a crucial part of the new digital economy when they invest in broadband infrastructure.” via=”no”]

This blog was also published by the WBG Jobs

This is the twelfth blog on ways to protect workers and jobs in the COVID-19 (Coronavirus) crisis. Stay tuned for more blogs in the series.