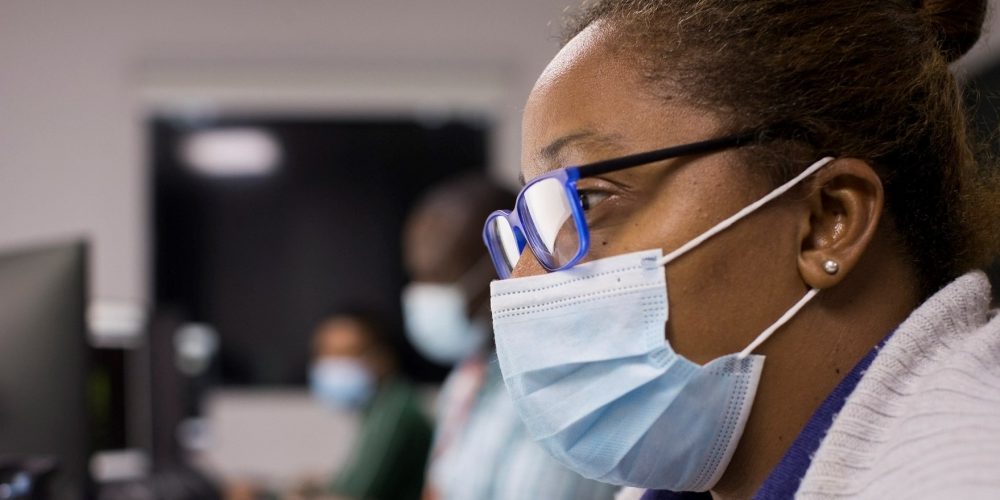 Even a year and a half after lockdowns started to go into effect, it’s difficult to get a clear picture of the impact of the COVID-19 pandemic on the Global South. Face-to-face data collection has been suspended in most of the world due to health concerns, making it difficult to obtain reliable information. The little we do know, though, is very sobering.

More than a year later, what do we know about the recovery? Was the initial shock a temporary blip, or an enduring jobs catastrophe?  Does the picture of jobs over time look more like a V, a U, or an L? Not a lot of evidence is available, as we still face a long wait between the fielding and analysis of survey data. Still, there are now multiple surveys available for 33 developing countries, which gives a partial view of how labor market conditions have evolved since the initial devastating shock.

The news is mixed. On the upside, as per our analysis in this brief, phone surveys from 27 developing countries suggest a significant recovery in employment between the second and third quarters of 2020 Click To Tweet.  On average across these countries, employment increased 10 percentage points. This recovery is also reflected in Google Community Mobility Reports, which show a steep drop in mobility between Q1 and Q2, followed by a moderate increase in Q3.

Self-reported income loss also fell, in a sample of 18 countries. In the second quarter of 2020, an average of two-thirds of households reported a fall in total income since the start of the crisis, while a mere 5% reported an income increase. A quarter later, in the same 18 countries, the percentage reporting a drop in total income fell to 41%, and the share reporting an income increase rose modestly to 8%. Job growth between Q2 and Q3 was stronger in commerce, manufacturing, and transport and communication than in other sectors Click To Tweet.  This may reflect an easing of lockdowns and a relatively more pronounced recovery in these industries.

On the downside, this partial recovery mostly stalled in the fourth quarter of 2020. In a sample of 14 countries, the employment rate rose only 2 percentage points between the third and fourth quarter. Net jobs loss since before the crisis was still negative, and an average of 40% of households reported income declines between Q2 and Q3. Furthermore, since the start of 2021, we have seen a rapid rise in the more contagious Delta variant, among others, but only little progress with vaccinations in the Global South. These developments leave little reason for optimism about a robust jobs recovery in 2021.

In short, there was a partial but discernible recovery from the pervasive falls in employment and income levels in the immediate aftermath of the crisis Click To Tweet.  But this recovery was only temporary, leaving workers and households in developing countries under tremendous pressure. Unfortunately, the prospects for further employment recovery appear to be weak, especially with the rise of new variants. This calls for better policies to fight the pandemic and its health and economic impacts across the globe Click To Tweet.

This blog was first published on the Jobs and Development blog platform.