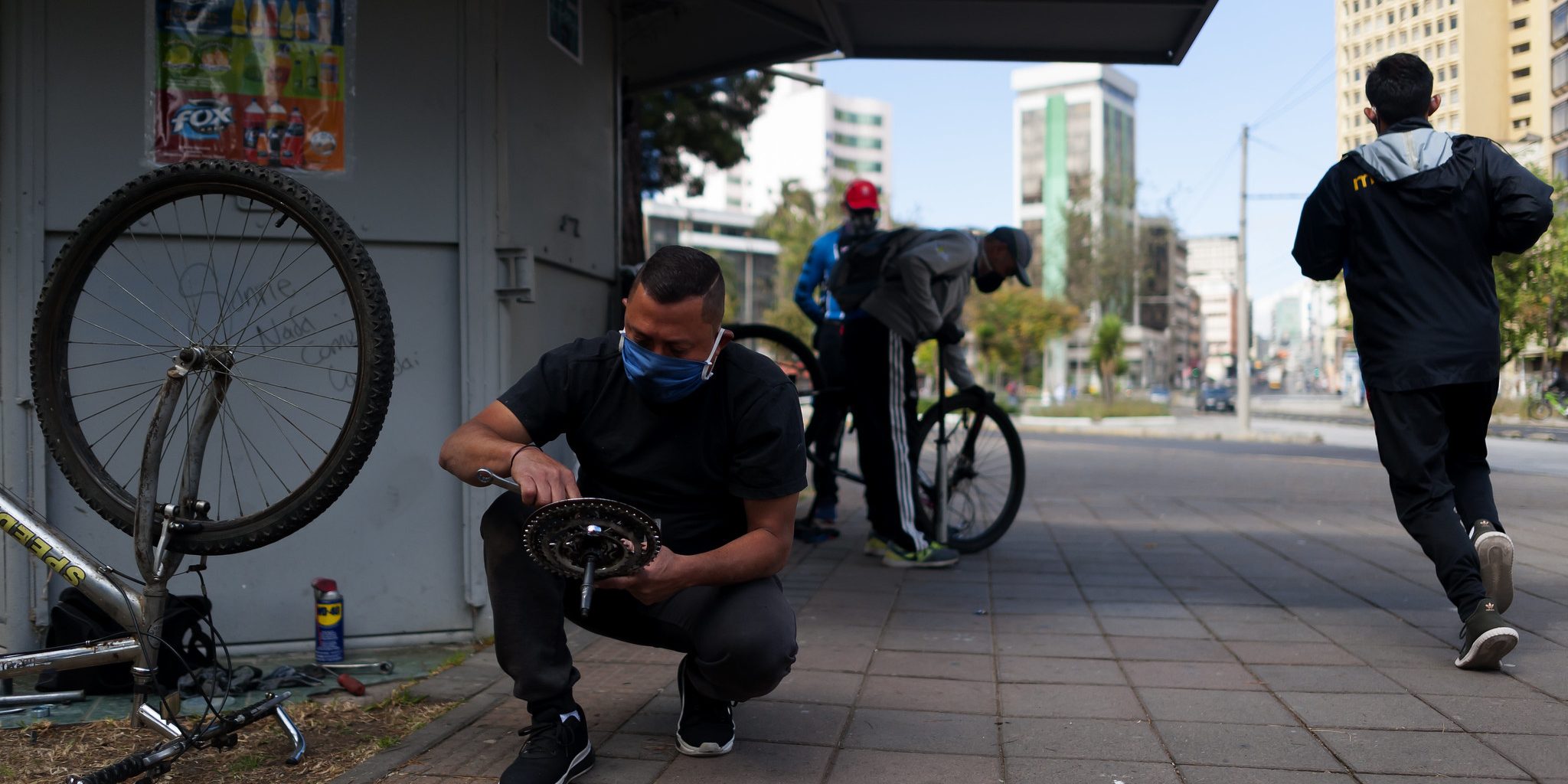 The COVID-19 crisis has led to massive job losses and labor market disruption in developing countries. Click To Tweet  Unlike the global financial crisis, both voluntary and mandated restrictions on mobility have directly affected labor markets. The scale of labor market disruption in developing countries has been massive. In its latest update, the ILO estimated a loss of 255 million full-time equivalent jobs in 2020 and projects the loss of 90 million (baseline) or 130 million (pessimistic scenario) full-time equivalent jobs in 2021. These numbers highlight the urgency of adopting and adapting labor market and social protection policies leading up to the recovery from the crisis and beyond.

Labor policies have played a central role in attempts to mitigate COVID-19’s economic effects in developing countries. Click To Tweet  In the expanded inventory, over half (55 percent) of the COVID-19 social protection and jobs policies are labor market policies.

The most popular policies have been the provision of liquidity support to firms and adjustments to labor regulations. Click To Tweet 91 percent of countries have provided liquidity support to registered firms, and 71 percent have adjusted their labor regulations to the crisis. Within the set of labor market policies, 54 percent of the measures increased firm liquidity through tax relief, credit and payment facilities, utility support, and deferral of social security contributions, to help businesses of all sizes to survive and keep their employees.  Tax relief measures were taken by 75 percent of countries, followed by credit facilities or guarantees (67 percent), and loan payment facilities (51 percent). Most labor regulation measures (taken in 45 percent of countries) were about accommodating new working conditions and methods, such as teleworking and other flexible work arrangements not previously stipulated by law. It is important to emphasize that both firm liquidity and labor regulation policies typically apply to formal firms and formal (wage) workers.

Figure 1: Percentage of countries with at least one labor market policy, by category 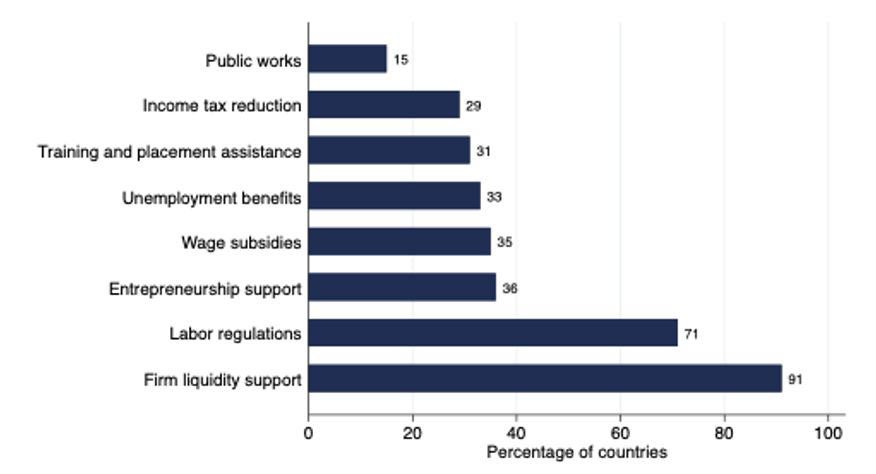 About one third of countries sought to help workers more directly by offering wage subsidies, boosting unemployment benefits, or reducing income taxes. Specifically, 35 percent of countries adopted wage subsidies, 33 percent resorted to providing unemployment benefits, and 29 percent reduced or postponed income taxes. These measures were aimed at maintaining or supporting lost labor income and were far less widely used than the policies in support of firms. This points at the potential and need to expand these policies in developing country contexts, specifically considering the devastating impacts of the crisis on workers.

Increasingly, governments are directly targeting self-employed or informal wage workers, rather than households, with cash transfers. Click To Tweet Over 38 percent of cash transfer programs are directed to workers, commonly in informal settings. This emphasizes the role of safety nets for informal workers in countries that have no other social security mechanisms. If we also include cash transfers that go directly to workers, the share of labor market programs increases from 55 to 60 percent. Public works were also adapted to the crisis and can help informal workers who lack income protection. Not surprisingly, low income countries that typically have higher informality prioritized public works in their policy response.

Most labor market policies adopted by governments are new. Of the labor market policies introduced, about 60 percent are new, while the remaining 40 percent are adaptations of existing programs Click To Tweet such as expansion of benefits or the number of beneficiaries. Most programs related to training and placement assistance, and entrepreneurship support were created in response to the economic downturn. This is true irrespective of countries’ income level and may stem from the lack of pre-existing active labor market policies in developing countries. Similarly, most wage subsidy policies are new, irrespective of countries’ income level. Unemployment benefit policies are largely new for LMICs and commonly adaptations in upper-middle-income countries. This can be explained by unemployment insurance schemes being much scarcer in the former than in the latter.

Click here to learn more about the COVID-19 labor policy responses in developing countries over the past year. As further information on interventions from more countries is collected and added to the inventory, future analysis will explore the policy response in greater detail. One important question is how policies have differed by income level and region. Additional data will also allow us to gain a better understanding of the differences between policies for formal and informal workers and shed light on the relationship between the labor market impacts and the jobs policy responses. Stay tuned!

This blog was originally published on Jobs and Development.
March 30, 2021